As the weekend approached, I came across a dilemma. I had a strong desire to go kayaking at the Whitewater Center in Charlotte but my whole family was going to the beach at Hilton Head. What to do… a high intensity weekend battling the waves or a chance to get eaten by sharks. I contacted my younger brother Surge for council and he set me straight. Family comes first so Hilton Head it was. I hitched a ride with Nina and Jason Thursday evening.

The house near the beach was a little crowded with all of us but we made due. 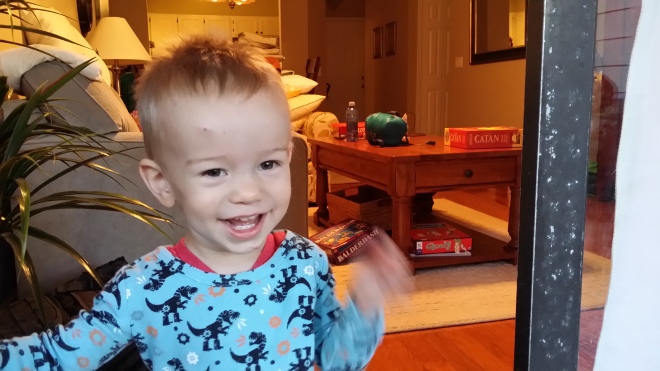 My one and only nephew, Viktor. Age: somewhere between 1-3 years old. Cool kid.

The beach was surprisingly fun. I’m not much into laying and sunbathing. Luckily Surge brought along a game  called Spikeball. A variation of volleyball for 4 players. Way harder than volleyball because the ball is so small. Loads of fun once you get the hang of it. 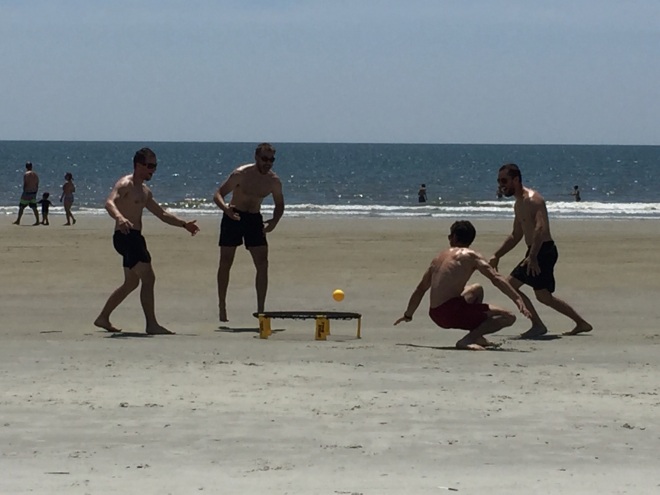 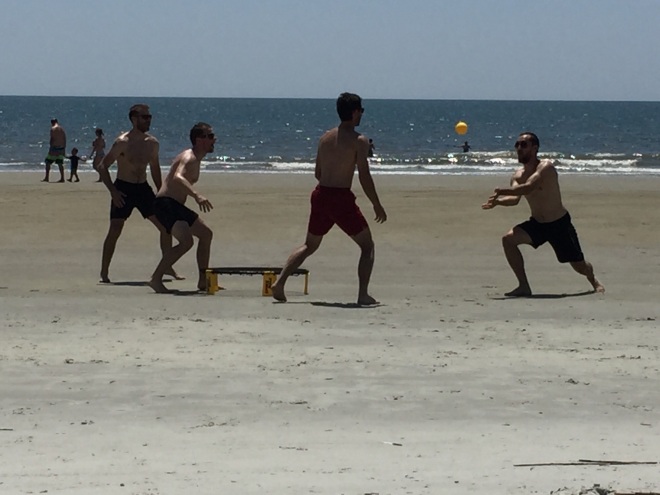 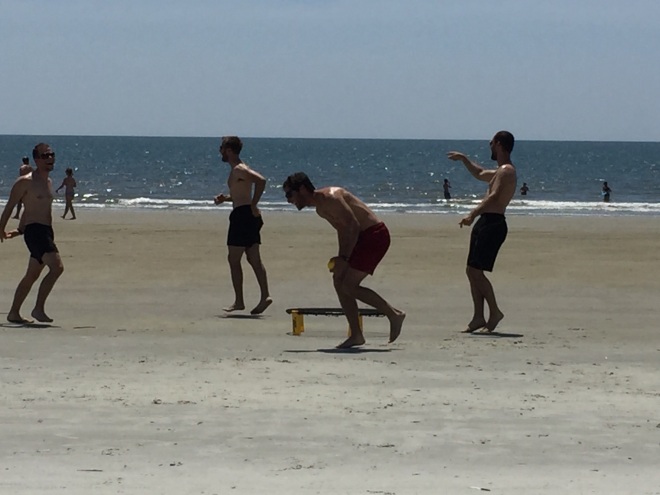 I didn’t swim much in the ocean because of one word, SHARKS! 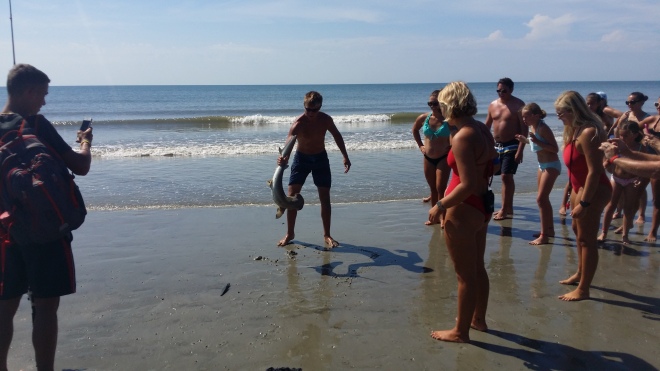 I always tell people that swimming in the ocean gives you zero chance against spotting this guys. They are always ready to gobble up unsuspecting swimmers. People are always asking “why do you scuba dive then?” Scuba diving is totally different because I have a chance of spotting them coming. All I have to due is flex my biceps and they will flee in fear, or so I hope…

I’m glad I came along to the beach. It was very refreshing being with family.

By far the saddest sand castle I’ve ever seen.

Surge the geologist tried to build a tunnel underneath it only to have the whole thing collapse. If his failed sand tunnel is an indicator of his abilities, then I will avoid any legitimate bridges and tunnels that he works on in the future.

However, Surge redeemed himself in my eyes with this epic wheelie on a beach cruiser of all things